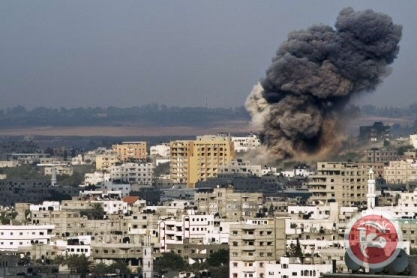 At least four Palestinians were killed on Thursday and over 30 injured when an unexploded ordnance (UXO), from last summer’s Israeli military offensive went off, while clearing rubble from a destroyed house in the southern Gaza Strip, medics said.

More than 30 Palestinians were injured, at least four of them suffered life-threatening wounds.

Over 7,000 unexploded ordnance were left throughout the Gaza Strip following last summer’s war between Israel and Palestinian militant groups, according to officials of the UN Humanitarian Coordinator for the Palestinian territories (OCHA).

Even before the most frequent Israeli assault, unexploded ordnance from the 2008-9 and 2012 offensives was a major threat to Gazans.