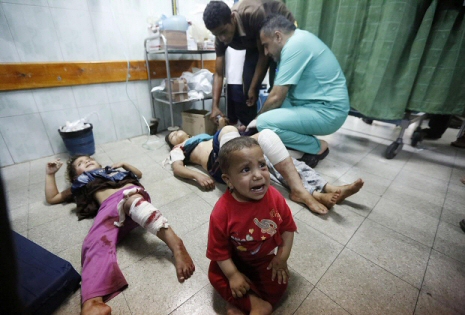 A number of hospitals in Gaza Strip may be forced to close, due to lack of funding and an ongoing humanitarian crisis, an official warned on Thursday.Deputy Palestinian Minister of Health, Dr. Yousef abul-Rish, said that the situation in the medical centres and hospitals has become “catastrophic”, and that basic services are in danger of being stopped.

According to Days of Palestine, he blamed the national unity government, explaining that it had “given up its responsibilities towards the Gaza Strip’, mainly in the healthcare sector.

“The ministry in Gaza is deprived of the running and administrative expenses needed to cover all its daily needs,” said Abul-Rish. “The problems are aggravating day after day,” he added.

The biggest problem, he said, is that the employees have not received salaries for the second consecutive year.

Abul-Rish condemned the persistence of the Ramallah-based government in restricting the entrance of medicines and medical staff to the Strip, warning that many basic medicines have already run out.