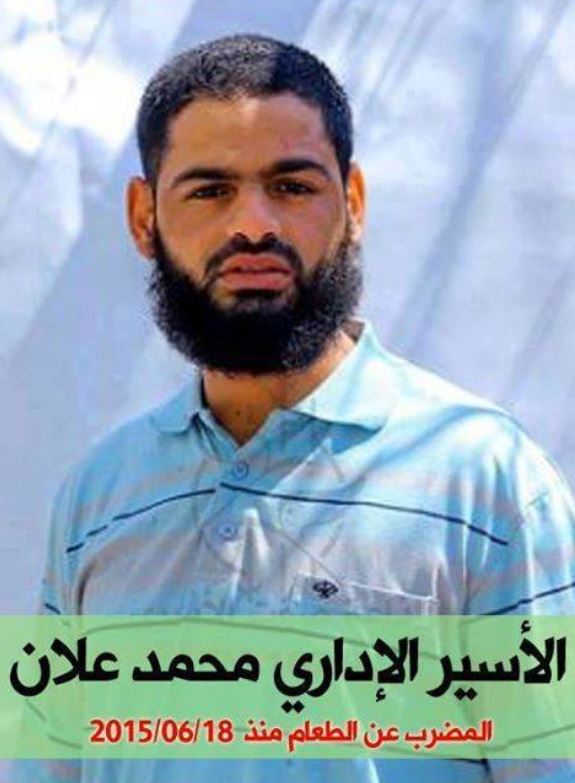 The Head of the Palestinian Detainees’ Committee, Issa Qaraqe’, reported,on Friday evening, that the Israeli Prison Administration will begin force-feeding hunger striking detainee, lawyer Mohammad ‘Allan, who started his hunger strike fifty four days ago.
Qaraqe’ said that ‘Allan is in a very serious health condition, but despite that fact, he is insisting on continuing his hunger strike. He is demanding his unconditional release, as he is being held illegally under what Israel calls ‘Administrative Detention’, in which they hold Palestinians prisoner without charges or trial.

Qaraqe’ added that ‘Allan’s mother and his siblings are protesting in front of the Soroka Israeli Hospital, and that his mother has also started a hunger strike in solidarity with her detained son.

The Israeli Police are threatening to imprison Allan’s mother and his brothers, if they continue to protest in front of the hospital.

The mother told Ehna TV that she will not leave the hospital, and will remain close to her son, and also threatened to set herself on fire, if Israeli troops attempt to forcibly remove her from the hospital.

“My son is a lawyer, he never did anything to them to be treated like this, now he is dying,” she said, “Have some humanity, some mercy on him, he has been on strike for the 54th consecutive day, he is dying, please release my son, you can cut me into pieces, but I will never leave, I will burn myself instead”.

“My son must leave this hospital with me,” the mother added, “You don’t want to release him, then shoot me, kill me…I am not leaving without my son.”

The Israeli military has in the past forcefed hunger striking prisoners, despite a prohibition on the practice by both international and Israeli law. A recent bill passed by the Israeli Knesset allows forcefeeding. But the Association of Israeli Physicians said they will refuse to carry out the practice, which is considered a form of torture under international law. 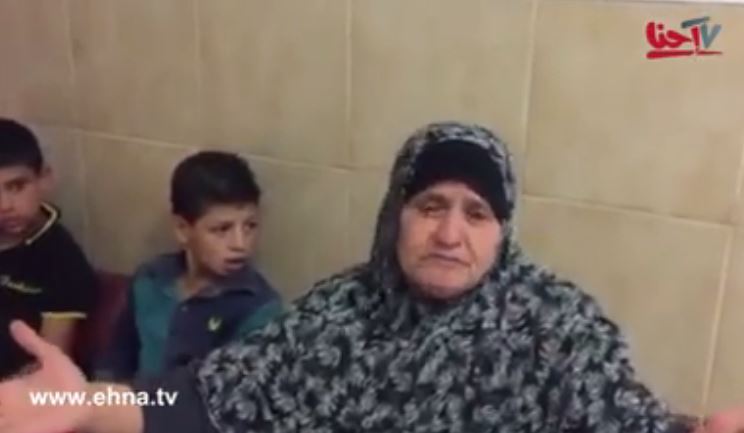