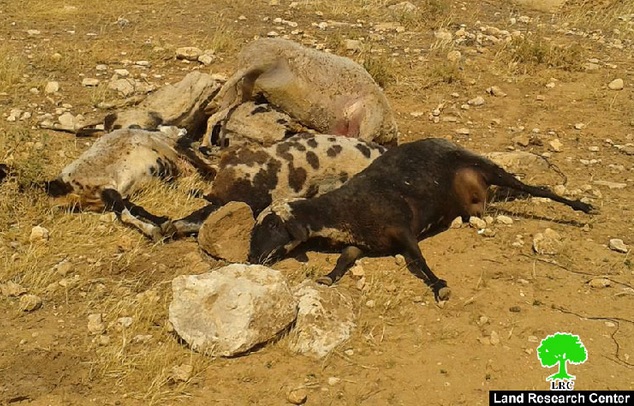 As an exceptionally hot summer heatwave continues to drain the region’s water supplies, this week Israeli water company Mekorot took the situation to a new level with the villagers of Kafr Qaddoum when the company cut off the village’s water supply.The village is almost entirely dependent on agriculture, and the cutoff of water left hundreds of animals without water. The human population of the village numbers around 4,000, and only those who had water tanks or stored water bottles were able to have anything to drink during the Israeli water cutoff.

The animals which died include a number of cattle, and hundreds of chickens and other domestic birds.

According to the head of the village council of Kafr Qaddoum, located in the northern West Bank near Nablus, the Israeli company cut off the village’s water with no warning or reason.

Hamzeh Jomaa, the village council head, said that he has been trying to contact Mekorot to find out why the water was cut and when it will return.

In the meantime, the farm-dependent village is likely to continue to lose livestock and crops as the excessive heat continues.

Mekorot pumps water from underground reservoirs on Palestinian-owned land, essentially stealing water from Palestinians and then selling it back to them at high prices.

And the allocation also does not include agricultural uses, despite the fact that the majority of Palestinians are dependent on agriculture for survival.