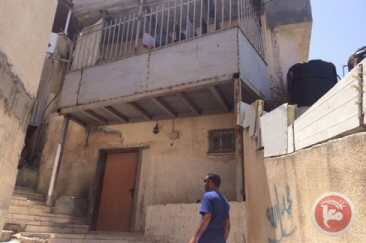 The Silwan-based Wadi Hilweh Information Center reported that the Sarhan family was given 30 days to respond to the claims in court.

Ateret Cohanim, an organization which tries to create a Jewish majority in occupied East Jerusalem at the expense of Palestinian communities, claims that the land on which the Sarhan family lives belonged to three Jewish men from Yemen who lived there before 1948.

The chief of a local committee representing the Batn al-Hawa area, Zuheir al-Rajabi, said the Sarhan family has been living in the property for more than 80 years. The land and the houses, he said, belong to Ali Sarhan, his son Muhammad and another family member, Muhammad Mahir Sarhan.

Al-Rajabi highlighted that a few days earlier, another Palestinian family, Abu Nab, received an evacuation notice from the same organization “which has been working on displacing the residents of the area.”

The land in question houses around 300 Palestinians (80 families) living in more than 30 buildings, according to the Wadi Hilweh Center.

The center added that it released a report published in May that highlighted Ateret Cohanim’s claims that a Jewish community from Yemen have owned six pieces of land in Batn al-Hawa since 1881.

The report claimed that the Israeli High Court confirmed the Jewish settlers from Yemen were the owners of the land in Batn al-Hawa.

In a controversial move, last year, Ateret Cohanim secretly bought and renovated a building in the heart of occupied East Jerusalem near the Damascus and Flowers gate entrances of the Old City. The building was turned into the Ateret Cohanim Jerusalem Torah Learning Centre, where groups of students from pre-army academies around Israel are brought in on learning retreats.

Following the purchase,emails between Ateret Cohanim and its supporters were leaked to Israeli newspaper, Haaretz, detailing the organization’s plans for the future.

In one of the emails, the group’s executive director said the purchase was ‘the first acquisition of its kind, in the area, which is in the heart of the commercial Arab district of Jerusalem’ and said the group’s work was ‘being done quietly under the radar.’