$35 million to UNRWA from Saudi Arabia 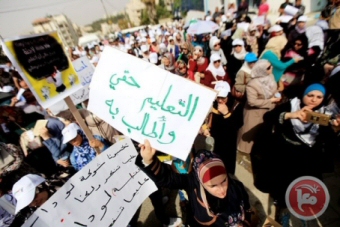 Saudi Arabia has announced that it will provide $35 million to the UN agency for Palestinian refugees in a bid to avert a financial crisis within the organization, a statement said.According to Ma’an, Yousef al-Bassam, Managing Director of the Saudi Fund for Development, said the donation aims to mitigate a funding crisis within UNRWA, which has threatened to delay the start of the school year for hundreds of thousands of Palestinian refugees.

‘The closure of schools for half a million Palestinian children would be a catastrophe. I hope the rest of UNRWA’s steadfast partners will take heart in the continued confidence placed in the agency by the Kingdom with this latest contribution, and step forward with their own pledges to keep UNRWA’s operations going,” al-Bassam said.

Around $19 million will contribute to reducing the current financial deficit within UNRWA, estimated at some $101 million.

UNRWA’s Commisioner-General Pierre Krahenbuhl thanked Saudi Arabia for the donation, calling it a ‘strong message of solidarity’ with Palestinian refugees.

‘Education for Palestine refugee boys and girls is a right that we defend with our utmost energy. I must state again that the risk of a delay to our school year remains real unless we can cover our $101 million deficit in the coming days.”

In May this year, UNRWA signed several agreements with the Saudi Fund for Development worth $111.5 million, bringing to $146.5 million the total of the SFD’s donations to UNRWA so far in 2015.

Saudi Arabia is the third largest donor to UNRWA.

He called ‘on all donors to urgently ensure that the $100 million required be contributed to UNRWA at the earliest possible date so that the children of Palestine can begin their 2015-2016 school year without delay.’