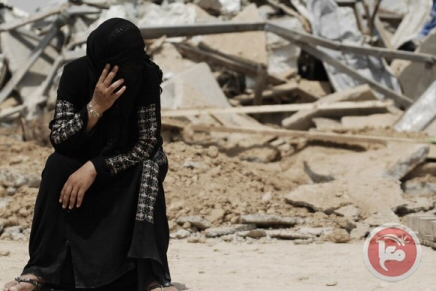 Israeli bulldozers, Monday morning demolished structures belonging to more than 20 families of the Jahalin Bedouin community in eastern Jerusalem, locals said.Israeli border police reportedly escorted the bulldozers into the Khan al-Ahmar area of eastern Jerusalem where they carried out the demolitions.

According to Ma’an, Khan al-Ahmar lies in the E1 corridor — a large tract of land between East Jerusalem and the illegal Israeli settlement of Maale Adumim that Israel has earmarked for annexation.

Israeli authorities have issued demolition orders to hundreds of Palestinian Bedouins living in the corridor, demanding that they relocate to an area on the outskirts of Abu Dis in the south.
Israeli plans for settlement construction in the area have been strongly opposed by the international community, including the US.

Critics say Israeli settlement construction in E1 would divide the West Bank in two and make the creation of a contiguous Palestinian state — as envisaged by the internationally backed two-state solution to the Palestinian-Israeli conflict — virtually impossible.