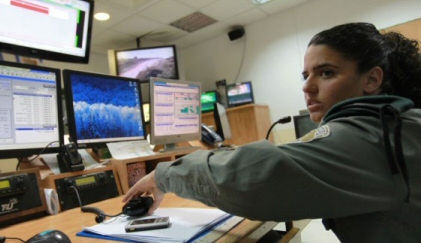 Haaretz Israeli newspaper, on Wednesday, said that the Israeli military intelligence monitors all BDS groups and activities all over the world.According to report by the newspaper, the Israeli military intelligence monitors the international groups, while the local groups supporting BDS are monitored by the Shin Bet (General Security Service), says PNN.

The movement aims to Boycott, Divest and Sanction Israel for its war crimes against Palestinians. The campaign thrived after last summer’s Israeli offensive on Gaza, which killed over 2,200 Palestinians, most of them children and civilians, and injured at least 11,000 people.

BDS succeeded to cause Israel an economic, academic and worldwide damage after it’s war crimes and ongoing occupation. Since then, Israel’s concerns were growing with the support for the movement, especially after a series of unions, groups and companies declared their affiliation to the international boycott.

On 6 June, Channel Ten explained that Israel has already begun to feel the effects of the potential damage to the Israeli economy, and an Israeli official warned that the government had run out of ways to combat the BDS threat.

Following that, on 18 June, The Israeli Justice Minister, Ayelet Shaked was said to be putting together a plan of action and has already instructed that the number of positions in the international department be doubled so that it can push ahead with the program as soon as possible.

The minister called on filing civil and criminal lawsuits against BDS activists for damaging Israeli trade, describing the movement as “discriminatory and racist”.

Shaked last year called on Israel killing Gaza’s children and mothers, saying that “They have to die and their houses should be demolished so that they cannot bear any more terrorists.”