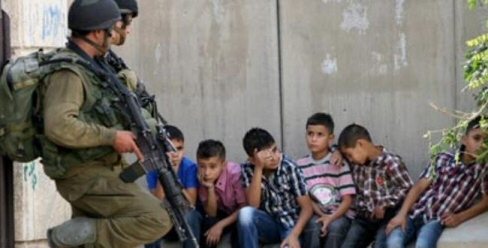 Haaretz Israeli newspaper, on Wednesday, unveiled a plan for the Israeli municipality to a finance “long educational day” at high schools in East Jerusalem, in order to prevent the student demonstrations and throwing stones at the end of it.The newspaper said, according to the PNN, that the Israeli municipality and the Ministry of Education, in coordination with the Israeli police, decided to impose the long day on males only, by adding classes of computer studies, sciences, sports, arts and music, this in addition to the normal classes, to stall the educational day and exhaust students.

The newspaper added that the police prepared this plan at the middle of the last school year, under claims that demonstrations and stones thrown at Israeli cars increased after the normal school day.