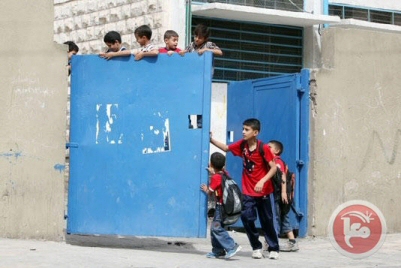 He said that the agency had been able to secure just short of $80 million in contributions against its $101 million deficit.

He affirmed UNRWA’s commitment to its schools, ‘because of how central education is to the identity and dignity of Palestine refugees and of the 500,000 boys and girls whose future depends on learning and developing skills in our 685 schools.’

‘It is on the benches and behind the desks of UNRWA classrooms that millions of Palestine refugees, deprived for so long of a just and lasting solution, have built the capabilities and shaped the determination that enabled them to become actors of their own destinies.’

He added, according to Ma’an, that education was a fundamental right that never should have risked delay.

In recent weeks, Palestinian refugees across the occupied Palestinian territory have staged a number of demonstration to protest the UN agency cuts and the potential delay to the school year.
Krahenbuhl said that UNRWA had ‘heard the serious concerns expressed by host countries and the refugee community. The peaceful protests that took place over the past weeks showed solidarity and reminded the world of the importance of the work of UNRWA.’

Nearly half of the funding shortfall was covered by Saudi Arabia, Kuwait and the United Arab Emirates.