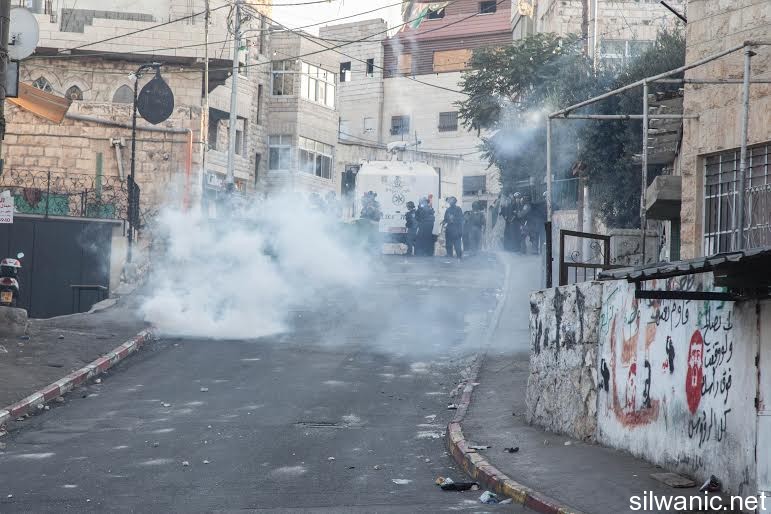 Israeli soldiers invaded, on Wednesday evening, the al-‘Isawiyya town, in occupied East Jerusalem, and clashed with local youths, wounding many, and kidnapped one child before moving him to an interrogation center. Mohammad Abu al-Hummus, member of the Follow-Up Committee in al-‘Isawiyya, has reported that several military jeeps invaded the town during evening hours, and installed a number of roadblocks.

He added that the soldiers stopped dozens of cars, searched them, and ticketed several drivers, while undercover soldiers infiltrated the town, and tried to abduct a number of youngsters.

The invasion led to clashes with the soldiers lasting until late-night hours; the army fired rubber-coated metal bullets, gas bombs and sprayed the protesters with wastewater mixed with chemicals.

Medical sources said five Palestinians were injured by rubber-coated metal bullets, and scores of residents suffered the effects of teargas inhalation; many of them are elderly.

The Wadi Hilweh Information Center in Silwan (Silwanic) has reported that the soldiers also kidnapped a child, identified as Mahmoud Wisam Abu al-Hummus, 11 years of age, and took him to an interrogation facility in Jerusalem.

The Israeli bullets caused damage to several Palestinian stores, homes and cars, while the soldiers also attacked the head of the Jerusalem Media Center Mohammad Sadeq, and the Cameraman of Silwanic Majd Gheith, in an attempt to prevent them from documenting the invasion.

In addition, Israeli military sources said one soldier was moderately wounded after Palestinian youths hurled stones, and a homemade explosive charge, on soldiers manning the Tunnels Roadblock, west of Bethlehem.

The army said the soldier was injured in his face before being moved to the Hadassah Medical Center in Jerusalem, and that the soldiers initiated a large search campaign in the entire area. 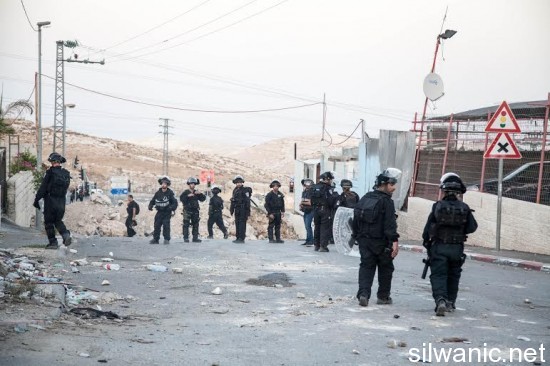