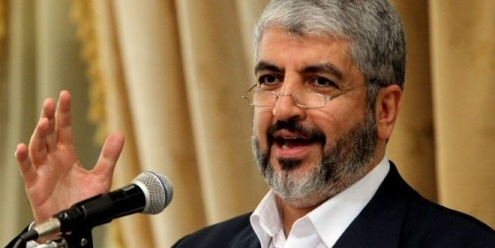 Azzam Tamimi, head of Hamas-affiliated institution said on Wednesday that former British prime minister and Middle East Quartet envoy Tony Blair invited Hamas leader Khaled Mashal to London, for discussing a long-term truce with Israel.Tamimi said that Mashal’s visit did not take place because Hamas wanted to know the details of the proposal.

In addition, Tamimi made clear his refusal to go on with the Oslo agreements, or any attempts to revive useless negotiations with Israel, a Hamas newspaper said, according to the PNN.

Tamimi said that Blair got the approval of the British Prime Minister, David Cameron to invite Mashal, adding that Hamas will benefit from this visit regardless of its outcome, because this invitation showed the possibility to remove Hamas from the EU’s blacklist of terrorist organizations.

Azzam also stated that European officials showed interest to reach an agreement, which aims to lift the siege against Gaza.

Arutz Sheva newspaper claimed that Tamimi’s comments came with the possibility of secret talks between Hamas and Israel, to reach a truce for 8-10 years, and to remove Gaza blockade.

The newspaper added, “Israel on Monday denied it was engaged in any meetings with Hamas, neither directly, nor via other countries or intermediaries”.