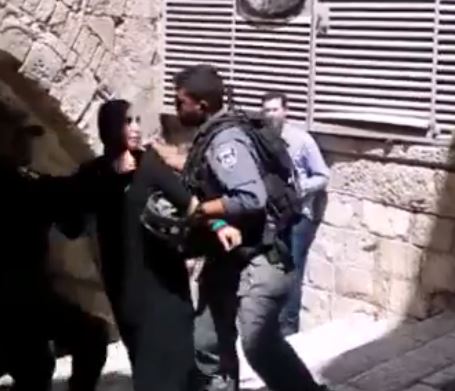 Israeli soldiers kidnapped, on Thursday at dawn, a Palestinian woman from her home in the ath-Thoury neighborhood of Silwan town, south of the Al-Aqsa Mosque, in occupied East Jerusalem, and a young man in al-Aqsa.Local sources said the soldiers broke into the home of Ekram al-Ghazzawi, and violently searched her property before abducting her.

The kidnapped woman is one of many women who are continuously present in and around the Al-Aqsa Mosque, to counter provocative tours by Israeli fanatics into the mosque compound.

In addition, soldiers invaded several homes of Palestinian women, who previously tried to stop the provocative tours, and summoned two of them for interrogation in the al-Qashla detention and interrogation center, in the Hebron Gate area of the Old City.

Dozens of officers and soldiers continued their strict siege around the Al-Aqsa Mosque for the eighth consecutive day, amidst Palestinian protests demanding their right to enter the holy site.

In addition, undercover soldiers of the Israeli army kidnapped a young man, identified as Samih al-Haddad, after stopping him near the Al-Aqsa Mosque, and took him to an interrogation center for protesting fanatic Israeli groups storming the mosque’s courtyards.

Eyewitnesses said dozens of Israeli extremists, and police officers, stormed the courtyards of the Al-Aqsa Mosque, that looked empty due to Israeli restrictions hindering the entry of Palestinians into it.

Dozens of soldiers also invaded the al-Malloul area in Ya’bad town, southwest of Jenin, and threatened to displace several families, ‘should they continue to allow local youths to throw stones on settlers’ vehicles and army jeeps driving on nearby settlements’ roads.’

The soldiers also stopped and searched dozens of cars, and interrogated many young Palestinian men while examining the ID cards.

On Wednesday at night, soldiers kidnapped Mohammad Hasan Fadala, 40 years of age, from a construction site, allegedly for ‘working in Israel without a permit.’

The kidnapped Palestinian is from Qabatia town, south of the northern West Bank city of Jenin.

Army Kidnaps A Child After Shooting Him in Bethlehem 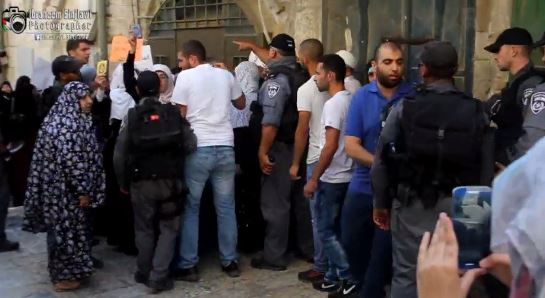