Young Man Injured After Attack By Israeli Extremists In Hebron 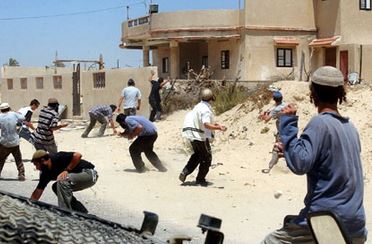 Palestinian medical sources in the southern West Bank city of Hebron have reported that a young man was injured, on Saturday at dawn, after a number of Israeli fanatics assaulted him in Tal Romeida neighborhood.The sources said Jeddawi Hani Abu Haikal, 21 years of age, suffered various cuts and bruises, and that the assailants sprayed his face with pepper spray while attacking him. His wounds were described as moderate-but-stable.

His family said the attackers came from nearby illegal colonialist outposts, established on privately owned Palestinian lands, in Hebron city.

They added that Israeli soldiers were standing nearby, but did not attempt to remove the attackers.

The wounded young man is a student of the Polytechnic University in Hebron.