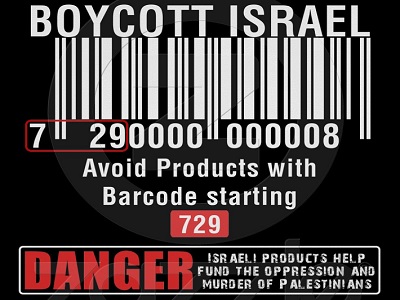 The following is a statement issued on September 7, 2015 by the Palestinian Boycott, Divestment and Sanctions National Committee (BNC), the broadest coalition in Palestinian society that leads the global BDS movement, following the announcement by the European Union (EU) that they will now require labeling of products originating from illegal Israeli settlement colonies on Palestinian land.The statement reads as follows:
The BNC considered the European Union’s move towards labeling Israeli settlement products, announced at a recent EU press conference, as insufficient for fulfilling European states’ legal obligations under international law.

Dr. Rafeef Ziadah, member of the BNC Secretariat commented, “If the EU is serious in implementing its own policy of non-recognition of Israeli sovereignty in the occupied Arab territories of 1967, why doesn’t it implement a ban on the import of products of Israeli companies that illegally operate in the occupied territories? Merely labelling, rather than banning, illegal settlement goods indicates political hypocrisy par excellence.”

Ziadah added, “The BDS movement’s pressure must continue at the grassroots level across Europe to compel decision-makers to comprehensively fulfil European states’ obligations under international law.”

“At a minimum, they must impose a two-way military embargo on Israel, as was done against apartheid South Africa, and implement the European Council on Foreign Relations’ recommendation to halt all financial transactions with Israeli banks that finance Israel’s occupation, including the wall and settlements.”

Mahmoud Nawajaa, BNC General Coordinator, explained, “One year after Israel’s 2014 massacre in Gaza, the least the EU should do is not to reward and sustain relations with entities that profit from serious Israeli violations of international law. Failing to do so would make a mockery of the EU’s stated commitment to human rights. It would also enhance Israel’s impunity, effectively encouraging it to commit new massacres against the Palestinian people.”

The BNC’s European Campaigns Officer, Riya Hassan, concluded, “The EU is legally obliged, in accordance with its charters and principles, to cease its collusion in Israel’s grave violations of international law. Aside from banning goods produced by Israeli companies operating in the occupied territories, this requires suspending the EU-Israel Association Agreement, based on Israel’s persistent breach of the agreement’s second clause which pertains to respecting human rights.”

More than 300 trade unions, NGOs and other civil society organizations from across Europe have called on the EU to end its support for Israel’s crimes, including by suspending the EU-Israel Association Agreement. The call was supported by more than 60 MEPs.

Following public pressure and lobbying by Palestinian and European organizations, the EU introduced a policy stating it must not provide funding for or allow Israeli participation in EU projects if such participation amounts to recognition of Israeli sovereignty over occupied Palestinian and Syrian territory.

However, the EU continues to provide funding to Israeli military companies such as Elbit Systems and Israeli Aerospace Industries, and also to Hebrew University, which is partially based in occupied East Jerusalem.

The global BDS movement, which saw unprecedented traction lately, seeks to isolate Israel’s regime of occupation, settler-colonialism and apartheid academically, culturally, economically and militarily until the Palestinian people can exercise their inalienable right to self-determination. At a minimum, this entails an end to the 1967 occupation and to Israel’s apartheid system, and the return of Palestinian refugees to the homes and lands from which they have been displaced during and since the 1948 Nakba.