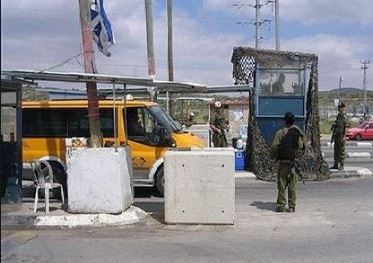 Media sources in Jerusalem have reported that Israeli soldiers kidnapped, on Wednesday evening, one Palestinian in Jabal al-Mokabber village. Soldiers also kidnapped a Palestinian from Bethlehem while heading to Jordan, and two near Nablus.The Wadi Hilweh Information Center in Silwan (Silwanic), in occupied Jerusalem, said the soldiers kidnapped Ayman Salem ‘Oweisat, 20, while standing in front of his home in Jabal al-Mokabber, and took him to an unknown destination.

His family said ‘Oweisat previously suffered fractures in one of his arms, and was still receiving treatment before the soldiers kidnapped him.

He was taken prisoner after the soldiers stormed their home and violently searching it.

The family added that the soldiers also confiscated pants and shoes belonging to the kidnapped Palestinian.

Also on Wednesday evening, soldiers kidnapped Mahmoud Ahmad Fararja, 20 years of age, on the al-Karama Border Crossing, as he was heading to Jordan.

On Wednesday at night, the army kidnapped two Palestinians after stopping their car, on the Taffouh military roadblock, south of the northern West Bank city of Nablus.

An Israeli army spokeswoman said the two, in their twenties, are from Tulkarem, and that they “carried two weapons, hidden under the seats of their car.