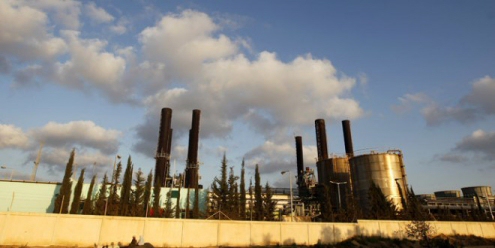 The Energy and Natural Resources Authority in Gaza announced, Friday evening, that the sole power generation plant in Gaza is scheduled to shut down Saturday, September 12, due to “General Petroleum Corporation procedures which impede the arrival of enough amounts of fuel to the power station.”PNN reports that, a week ago, the Energy Authority warned of the corporate procedures, saying that they will lead the power station to a complete shut down, as the Karm Abu Salem crossing point is closed down every Saturday and Friday, and is active only part time on Sunday. It is also scheduled to be closed Monday and Tuesday by Israeli occupation authorities, using a pretext of Jewish Holidays and Festivals.

In addition, authorities denied any news about the arrival of fuel amounts to the power plant today.

A statement said that the blame goes to the General Petroleum Corporation, located in Ramallah, because “it did not respond to urgent calls to increase the amount of fuel a couple of days ago.”