Dozens Of Palestinians, Including Children, Injured In Jerusalem 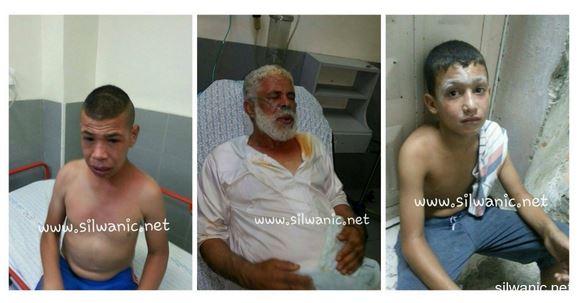 It added that approximately twenty Israeli extremists then assaulted a group of Palestinian children, 5-14 years of age, and sprayed their faces with pepper-spray.

Medical sources said resident Abdullah Abu Naab, 60, and Mahdi Rajabi, 14, suffered burns in their faces and were unable to breathe, before medics arrived at the scene, provided first aid and moved them to the al-Makassed Hospital.

The attack also led scores of injuries, especially among the children, while a pregnant woman was also wounded.

In addition, five children and their parents suffered severe effects of gas inhalation after the Israeli guards hurled a gas bomb into their homme.

The oldest of the wounded children is 13, and the youngest is only seven months of age.

Another family, including an infant, also suffered the effects of tear gas inhalation, medical sources said.

In addition, clashes took place in Batn al-Hawa neighborhood in Silwan, after a number of Israeli fanatics invaded it, while Israeli soldiers later invaded the area, and declared it a closed military zone.

Furthermore, soldiers attacked dozens of Palestinians in the protest tent in the neighborhood, and hurled gas and concussion grenades on them, before attacking the tent and smashing many chairs.

Many teenagers and children were injured after the soldiers attacked them in Batn al-Hawa; the army also fired several gas bombs at a number of homes, while many soldiers started banging on doors causing anxiety attacks among families, especially the children.

A young man, identified as Saleh Kash’am, suffered various cuts and bruises after the soldiers repeatedly kicked him in the neighborhood.

Clashes also took place in the at-Tour town, after dozens of soldiers invaded it; media sources said local youths hurled a Molotov cocktail that struck one of the invading police vehicles, and that one officer was injured. 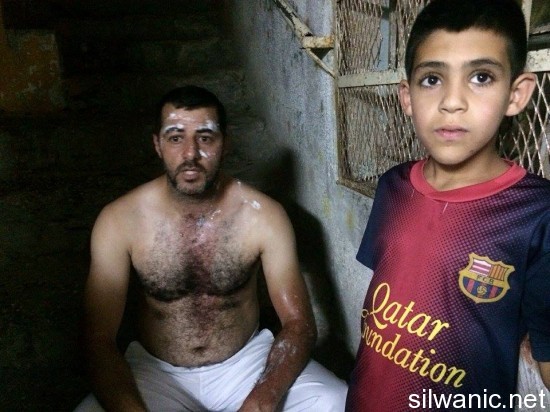 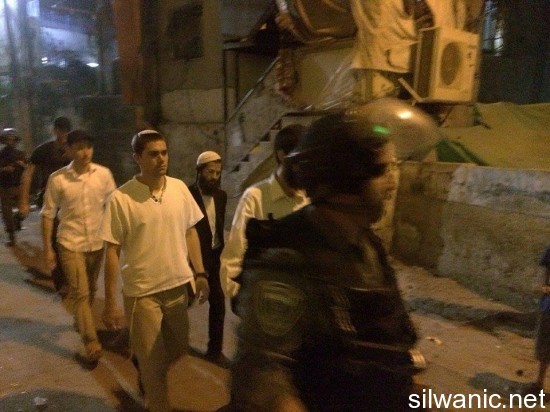 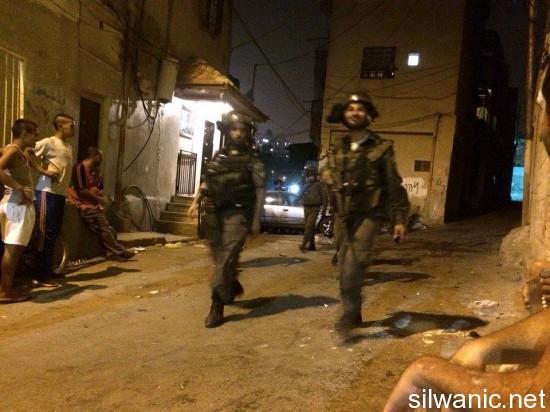