Allan to be Released in November 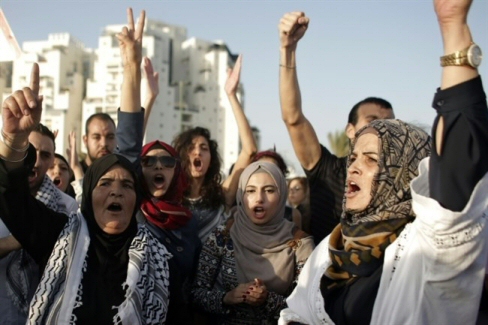 Israeli authorities will release Palestinian prisoner Mohammad Allan on Nov. 4, a lawyer said Tuesday, alleviating fears that his administrative detention would be renewed again.Jawad Boulos, the head of the legal unit at the Palestinian Prisoner’s Society, told Ma’an News Agency that he visited Allan in Israel’s Ramla jail clinic on Tuesday and said an Israeli court has ruled that he be released once his current six-month detention period ends.

Allan was held without charge or trial for seven months before he began a 66-day hunger strike to protest his administrative detention, which he ended after Israeli authorities agreed to suspend his sentence.

However, the sentence was reinstated earlier this month as Allan was attempting to leave the Barzilai Medical Center in Ashkelon.

He immediately began another hunger strike, but suspended it two days later, on Sept. 18, following consultations with his lawyer.

Rights group Amnesty International had warned that the initial suspension of Allan’s sentence was based on his medical condition alone and ‘took no account of the legality of his detention.’

Israel’s policy of administrative detention, which is almost exclusively used to detain Palestinians, has been strongly criticized by the international community as well as both Israeli and Palestinian rights activists.