Many Children Injured In Hebron, One Palestinian Kidnapped In Surif 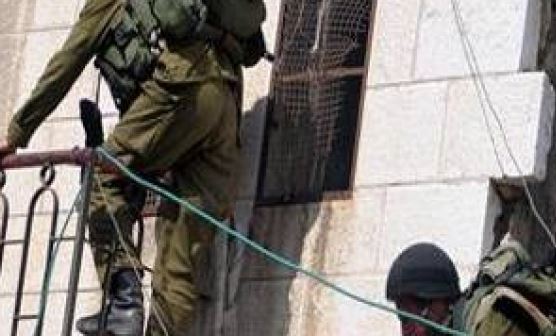 Palestinian medical sources in the southern West Bank city of Hebron have reported, Wednesday, that scores of children suffered the effects of tear gas inhalation, during clashes that took place near a local school, south of the city.The sources said the soldiers, stationed near Tareq Bin Ziad School, fired dozens of gas bombs and concussion grenades targeting children walking to a number of schools, south of the city, to force them away.

The children then hurled stones and empty bottles on the soldiers, while the army fired more gas bombs and concussion grenades.

In addition, soldiers invaded Surif town, northwest of Hebron, and kidnapped one Palestinian, identified as Bilal Eghneimat, 25 years of age, after storming his home and violently searching it.

Also on Wednesday at dawn, several military vehicles invaded the towns of Marka, Ya’bad and Deir Abu Da’if, in the northern West Bank district of Jenin, and searched a number of homes.

Eyewitnesses said around 10 soldiers occupied the rooftop, especially since it overlooks a nearby Israeli military camp.