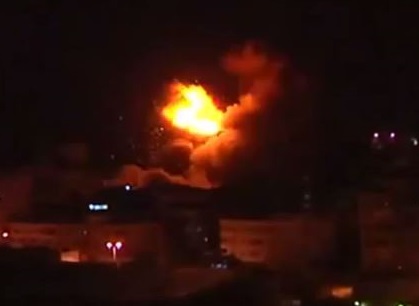 The air force fired another missile targeting an area, east of Gaza city, also causing significant damage, but no injuries.

In addition, one Israeli missile struck a shed in the Sudaniyya area, northwest of Gaza city, destroying it, and causing damage to several nearby structures.

Two more missiles were fired into an agricultural land, north of Beit Lahia, in the northern part of the Gaza Strip.

The Israeli army claimed a shell, fired from Gaza, was successfully intercepted by the Iron Dome system, and that the Code Red siren system was sounded in various areas in the Hof Ashkelon Regional Council and Ashdod.