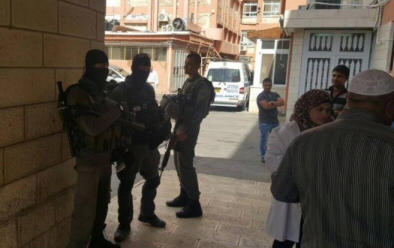 Husseini stated, according to PNN, that a confrontation between the hospital guards and soldiers occurred in the moment of the first intrusion.

Fortunately, none of the patients were arrested and none of the medical files were taken, he said.

Dr. Husseini also called for the need to provide protection for the hospital, which Israeli forces break into repeatedly, during recent times, violating its sanctity.