Over 100 Injured by Israeli Forces in West Bank Clashes 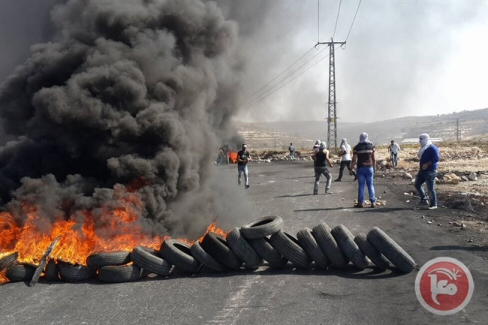 Israeli forces injured some 143 Palestinians during clashes across the occupied West Bank on Tuesday, a Red Crescent spokesperson informed Ma’an News Agency.Errab Foqoha said that Israeli forces shot and injured 22 Palestinian protesters with live fire, while 50 other protesters were shot and injured with rubber-coated steel bullets across the occupied West Bank.

In addition, 61 Palestinians suffered from excessive tear gas inhalation and 10 more suffered injuries after being assaulted.

An Israeli army spokesperson said that she had ‘no information on live fire being used’ on Tuesday.
The Palestinian Ministry of Health in the occupied West Bank documented a higher number of those injured with live fire, putting the count at 27.

Daily clashes have broken out across the occupied Palestinian territory since the beginning of the month, during which at least 25 Palestinians have been shot dead by Israeli forces.

Those killed in clashes are among the 60 Palestinians who have been killed by Israeli forces during the time period, several of whom have been shot dead after carrying out stabbing attacks.

At least 10 Israelis have been killed by Palestinians during the same time period, with another Israeli Jewish man shot and killed by Israeli police who mistook him for a Palestinian attacker.

Clashes initially began to escalate following the fatal shooting of two Israeli settlers on Oct. 1 by suspected Palestinian gunmen, as well as increased restrictions on Palestinian entry to the Al-Aqsa Mosque.

The UN Secretary-General said, Thursday, that while Israeli PM Benjamin Netanyahu and the Palestinian Authority have pledged to curb violence, “this crisis would not have erupted….if the Palestinians did not still live under a stifling and humiliating occupation that has lasted almost half a century.”

See: Netanyahu: “We will forever live by the sword.”