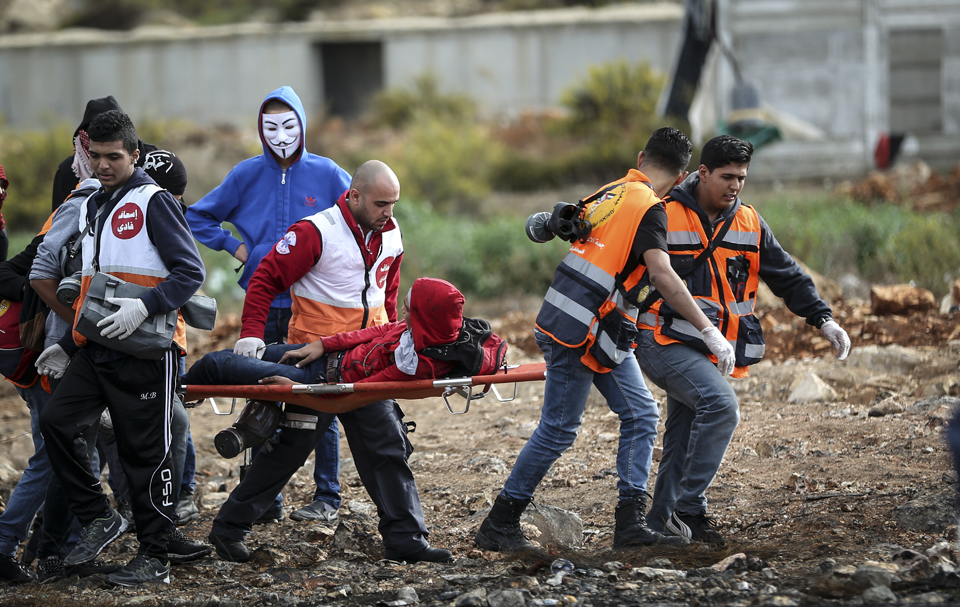 Three Palestinians were killed by Israeli gunfire on Tuesday evening, while at least 50 others were injured as clashes continue all over the occupied West Bank, Jerusalem and Gaza.Ezzeddin Nadi Sha’ban Abu Shakhdam, 17, and Shadi Shadi Nabil Dweik, 22, both from Hebron city were killed when Israeli soldiers opened fire at them at a bus stop near Gush Etzion illegal Israeli settlement located between the southern West Bank cities of Hebron and Bethlehem.

According to the Red Crescent Society, Israeli troops detained the two critically injured Palestinians and did not allow the medics to provide them with medical assistance until they bled to death.

The Palestinian Health Ministry said that 64 Palestinians, including 14 children, have been killed by Israeli gunfire since the beginning of this month. 47 of them have been killed in the occupied West Bank, and occupied Jerusalem, 17 in the Gaza Strip, including a pregnant woman and her two year old child, and one in Houra, in the Negev.

Moreover, 2120 have been injured by Israeli army gunfire since October 1. Including 820 with live gunfire and more than 900 by rubber-coated steel bullets.

On Tuesday clashes between local youth and invading Israeli troops were reported in Jerusalem, Bethlehem and Hebron cities, southern West Bank, in addition to Nablus and Ramallah northern and central West Bank.