One Palestinian killed on Wednesday; 65 Palestinians Killed This Month, Including 14 Children 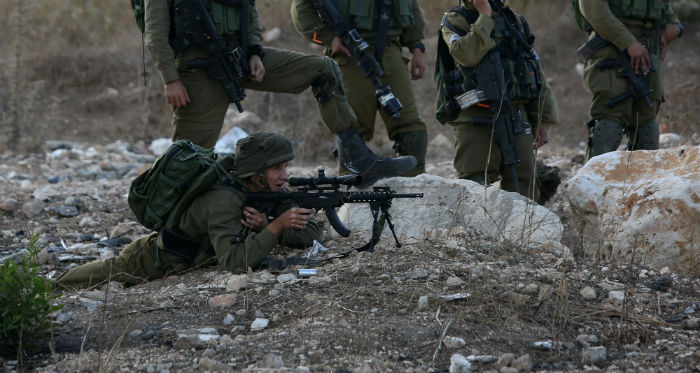 One Palestinian youth was killed by Israeli gunfire on Wednesday afternoon, while at least 19 others were injured as clashes continue all over the occupied West Bank, Jerusalem and Gaza.Islam Rafiq Obeid, 23, was shot by Israeli troops near the illegal Israeli settlement located in Tel Rumeida area of Hebron old city, southern West Bank.

Witnesses said that Obeid was shot eleven times by Israeli troops manning a checkpoint there. Soldiers also detained Palestinian medics and stopped them from providing Obeid with medical help. According to witnesses, he was left to bleed to death by Israeli forces that surrounded the area and closed it.

Obeid is the 7th Palestinian to be killed by Israeli troops in Hebron in the past 72 hours, the Palestinian Ministry of Health reported on Wednesday.

The Health Ministry said that 65 Palestinians, including 14 children, have been killed by Israeli gunfire since the beginning of this month so far. 48 of them have been killed in the occupied West Bank and occupied Jerusalem, 17 in the Gaza Strip, including a pregnant woman and her two year old child.

Moreover, clashes between local youth and invading Israeli troops were reported on Wednesday in Jerusalem, Bethlehem, Hebron, Nablus and Ramallah.

Palestinian sources said that at least 19 Palestinians were injured by Israeli gunfire and tear gas during clashes Wednesday. Among the injured were two children who were hit with live gunfire in Hebron’s old city, meanwhile a teenager was hit in the head by a rubber-coated steel bullet during clashes with Israeli soldiers at the entrance of Beit Fajar village near Bethlehem.