98th Anniversary of the Balfour Declaration 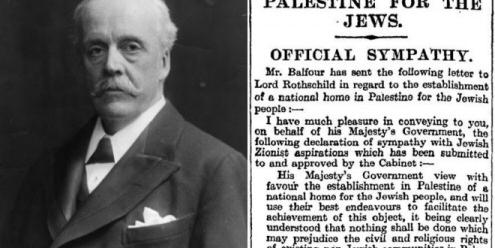 On the second of November, Ninety-eight years ago, the destiny of our nation changed due to the action of a foreign colonial power. The Balfour Declaration should serve as a reminder that what is happening in Palestine is a result of a colonial decisions made in faraway capitals.Mr. Balfour, on behalf of Great Britain, promised Palestine, a country over which Britain had no legal right, to another people.

From 85,000 Jews in Palestine (around 12 percent of Palestine’s population), few of them were Zionists, and the declaration was even rejected by the only Jewish member of the British Cabinet at that time, Lord Montagu.

In 1917 Palestinians rejected the Balfour Declaration, making clear that the problem was not with Jews living in Palestine, but with the transformation of an Arab country overwhelmingly Christian and Muslim, into an exclusively Jewish State.

The international community must assume its historic responsibility and take immediate steps to remediate the decades of occupation, colonialism and exile.

The United Kingdom in particular should close the darkness of its colonialist past in the region by taking concrete steps in order to protect and promote Palestinian rights, including the recognition of the State of Palestine on the 1967 border with East Jerusalem as its capital.