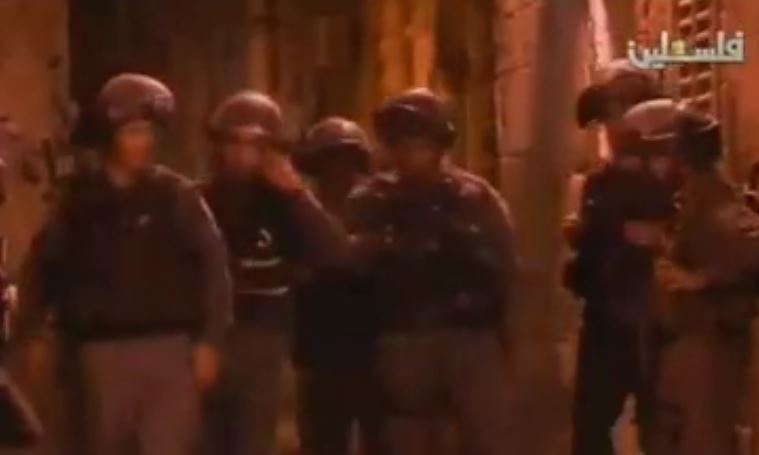 The Palestinian Prisoners Society (PPS) has reported that Israeli soldiers have kidnapped 32 Palestinians overnight, and at dawn Wednesday, in different part of the occupied West Bank, including occupied Jerusalem.The PPS said the invasions and abductions, were largely focused in the West Bank districts of Jerusalem, Hebron, Ramallah, Nablus and Jenin, and that many children were among the kidnapped Palestinians.

The Wadi Hilweh Information Center in Silwan (Silwanic) in occupied Jerusalem, said dozens of soldiers invaded Palestinian neighborhoods in Silwan town, south of the Al-Aqsa Mosque, and Jerusalem’s Old City, and kidnapped thirteen Palestinians before moving them to the al-Qashla, al-Maskobiyya and Oz interrogation centers.

It is worth mentioning that the soldiers delivered orders for the demolition of a home and a store in Silwan town, in Jerusalem, and invaded a medical center.

The PPS stated that ten Palestinians have also been kidnapped in the southern West Bank district of Hebron, following extensive military invasions, and violent searches of homes.

In the northern West Bank district of Nablus, the soldiers kidnapped As’ad Fadel Odeh, from Orif town, after stopping him on the Beit Forik roadblock.

Another Palestinian, identified as Riyad Ghazi Jabour, was kidnapped in Salem nearby town.

In addition, three Palestinians were kidnapped in Qabatia town, in the northern West Bank district of Jenin, also after the soldiers stormed and ransacked their homes.

They have been identified as Eyad Hafith Nazzal, 32, Majd Mohammad Kamil, 24, and Salah Kamil, 23.