17 Palestinians, Including 2 Children, Kidnapped In Jerusalem, 2 in Jenin And 2 In Ramallah 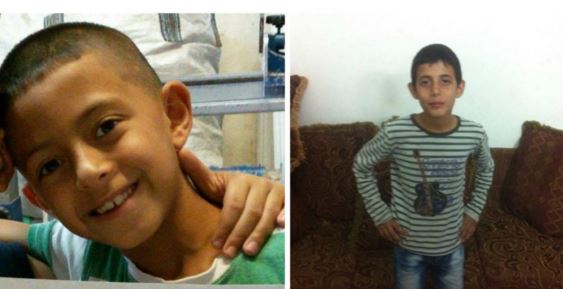 Israeli soldiers kidnapped, on Tuesday at night and Wednesday at dawn, thirteen Palestinian, including two children, and woman who works for the Waqf and Islamic Endowment Department in the Al-Aqsa Mosque, in occupied Jerusalem, in addition to kidnapping two Palestinians in Jenin, and two in Ramallah.The soldiers kidnapped on Wednesday at dawn, two Palestinians, including a former political prisoner, in Qabatia town, south of the northern West Bank city of Jenin.

The kidnapped Palestinians have been identified as Majd Mohammad Kamil, 27, and Salah Kamil Abu Zalta, 22.

The army also invaded and searched several homes in the town, and clashed with dozens of local youths.

Also in Jenin, soldiers closed the Al-Jalama roadblock, on Wednesday morning, prevented more than 200 workers and merchants from crossing, and informed the Palestinians that the roadblock is closed until further notice.

Their families said the soldiers detonated the main doors of their homes, before invading them, violently searched the properties, and assaulted several family members.

The Wadi Hilweh Information Center in Silwan (Silwanic) in occupied Jerusalem, said dozens of soldiers invaded Palestinian neighborhoods in Silwan town, south of the Al-Aqsa Mosque, and Jerusalem’s Old City, and kidnapped thirteen Palestinians before moving them to the al-Qashla, al-Maskobiyya and Oz interrogation centers.

The soldiers also kidnapped a child, identified as ‘Abboud Khaled, from his family’s home in the Old City.

Late on Tuesday at night, soldiers kidnapped Hiba Sarhan, who works for the Islamic Waqf Department, after storming here home and searching it.

In addition, the Israeli police released two children, identified as Amir Mahmoud Abbassi, 8, and Mohammad Abdullah Shweiki, 8, after detaining and interrogating them for several hours for what the army claimed “throwing stones on them.”

The children’s families told the Wadi Hilweh Information Center in Silwan (Silwanic), that the soldiers kidnapped their children while heading back home, and hurled sounds bombs on residents who attempted to prevent them from kidnapping the children.

Although the Israeli law prohibits detaining children below the age of 12, the soldiers tried to keep the children detained until they are sent to the Magistrate Court on Wednesday.

Their lawyer managed to secure their release, but the children will have to head back to the station, Wednesday, for further interrogation.