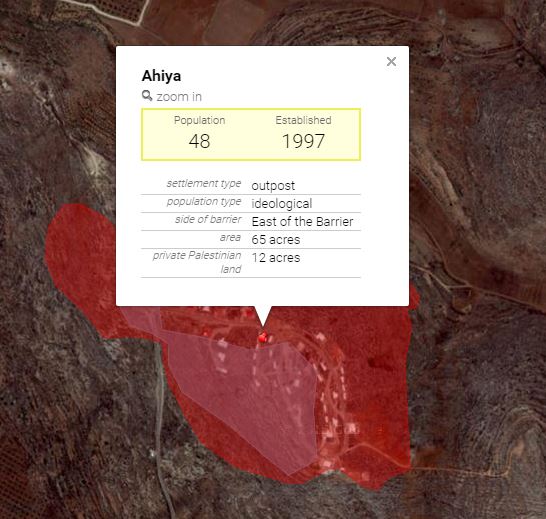 Israeli soldiers invaded, Tuesday, the Jaloud Palestinian village, south of the northern West Bank city of Nablus, and handed demolition orders against ten home for “being built without permits, and “close proximity to Ahiya” illegal Israeli colonialist outpost.Ghassan Daghlas, a Palestinian official in charge of Israeli settlements file in the northern part of the occupied West Bank, said the ten Palestinian homes are close to ‘Ahiya outpost,’ that was illegally built on privately-owned Palestinian lands.

He said the Palestinians have built a few homes, in their own lands in the village since 1975, and that Israel wants to demolish them due to their proximity to the Ahiya colonialist outpost, built on lands illegally confiscated from the Palestinians.

The demolitions would result in the displacement of at least fifty Palestinians in the village.

Established in 1997, the Ahiya illegal outpost is now home to fifty colonialist settlers, on twelve acres of private Palestinian lands, with a total area of 65 acres illegally ceased by the Israeli government that designated them as ‘state lands.’

Israel’s settlements and outposts in occupied Palestine, including in and around occupied Jerusalem, are illegal under International Law, and the Fourth Geneva Convention, to which Israel is a signatory.