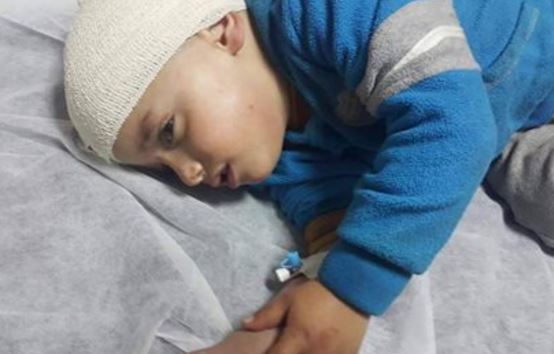 Palestinian medical sources reported Sunday that a 2-year old toddler was injured after an Israeli military vehicle struck him in Bir Niabala town, northwest of occupied Jerusalem. One woman was also injured in a similar incident in Ramallah.The sources said the child, Adel Khader Shahin, 2, suffered injuries in his head and several parts of his body, before he was moved to the Palestine Medical Center in Ramallah.

Also in Ramallah, a Palestinian woman suffered a fracture in her hand, and various cuts and bruises, also after being rammed with an Israeli military jeep on the main entrance of Sarda town, north of Ramallah.

There have been dozens of incidents were Palestinians, including children, have been killed and wounded in ramming incidents involving both military vehicles and settlers’ cars in different parts of the occupied West Bank.

One of those incidents is the case of Enas Dar Khalil, five years of age, who was killed in 2014, and the settler who killed her fled the scene.

Palestinian Injured After Being Rammed By An Israeli Car In Hebron