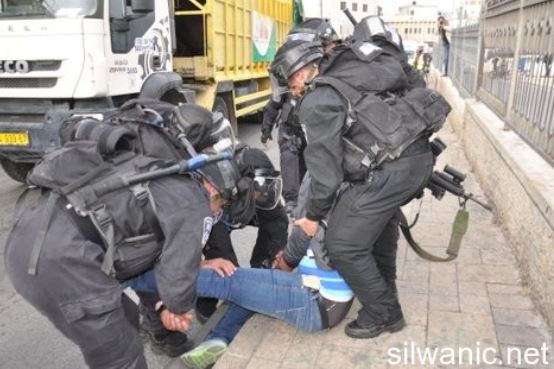 Israeli soldiers invaded, on Monday at dawn, several Palestinian communities in different parts of occupied Jerusalem, and kidnapped eights teenagers. The soldiers invaded and searched several homes, and interrogated many residents, before kidnapping the eight teenagers.

The soldiers moved them to a number of detention and interrogation centers in occupied Jerusalem.

Also on Monday, the soldiers kidnapped four Palestinians in Jenin and Nablus, five in Hebron, and a young woman, in the Deheishe refugee camp, in Bethlehem.

The army also killed two Palestinians, wounded more than 34 others and demolished a home, in Qalandia, north of occupied Jerusalem.