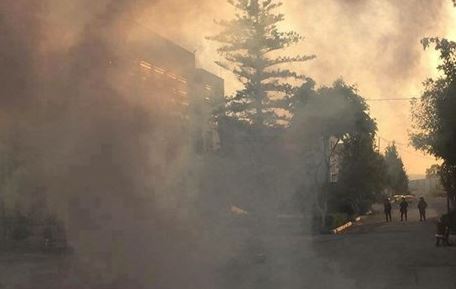 The soldiers invaded the University campus while firing live rounds and gas bombs, causing damage to several windows, and property in the educational facility.

The university has been subject to frequent Israeli military invasions, and clashes, especially since the army has a military base installed on its, and the soldiers repeatedly harass and assault the students, and even teachers and workers.

The army has also frequently invades various buildings and facilities in the university, while many students have been shot and injured, and many others were assaulted and beaten up by the soldiers.