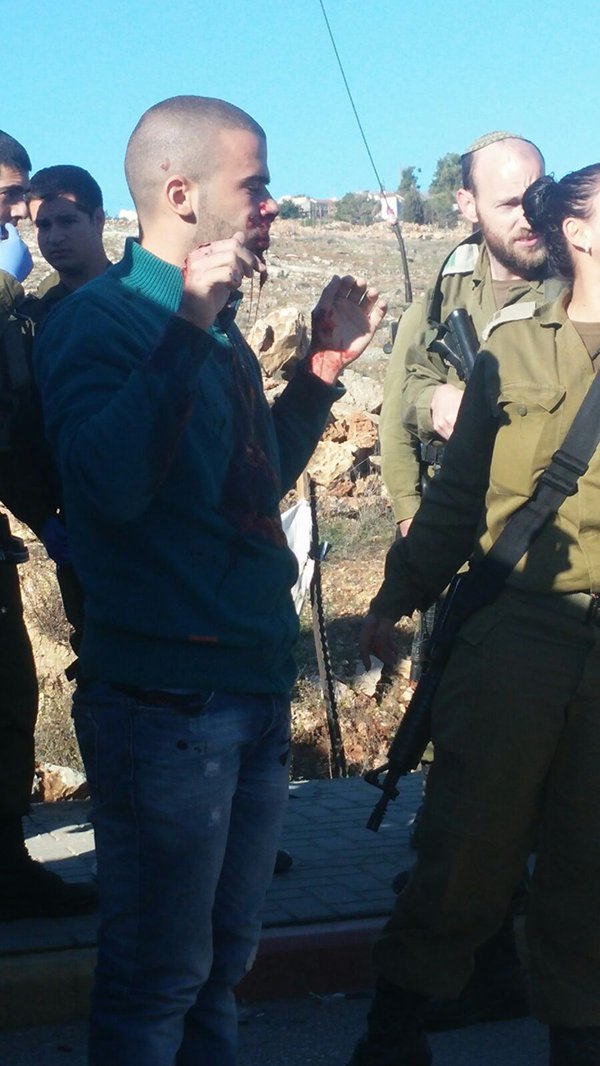 A Palestinian man was shot by Israeli forces Tuesday after he drove his vehicle into a group of Israeli soldiers at Za’atara checkpoint in the central West Bank.
Three of the soldiers were lightly wounded, and one was moderately wounded, according to Israeli sources. But it was unclear whether this was an accident or an intentional ramming of the soldiers by the driver.

The Palestinian driver was shot multiple times and wounded badly, was not identified as Asmi Sahel Naffa’, 21, a law student from Jenin who is studying at an-Najah University in Nablus. He was reportedly taken to a hospital, but it is unknown which one.

The injured soldiers, one of whom is a Border Police officer, were taken to the Beilinson Hospital in Petah Tikva, according to Israeli sources.

On numerous occasions in the past, car accidents involving Palestinian drivers have resulted in the shooting, and often killing, of the driver. Soldiers in the West Bank are trained, according to Israeli army veterans, to shoot Palestinian drivers if they suspect a deliberate attack – even if they are not completely sure.

This has resulted in a number of killings of drivers who, under further investigation, were found to have been involved in a car accident, not a deliberate ‘ramming’ attack.

Israeli paramilitary settlers living in the West Bank have engaged in numerous ramming attacks against Palestinian civilians, including children. Most of these are ‘hit and run’, and the assailant is never found or charged. No Israeli settler has, to date, been shot for engaging in a ‘ramming’ attack using a vehicle as a weapon against Palestinians.

On November 8th, a similar incident took place in the same location. In that incident, a 22-year old Palestinian, Salman Shahin, was shot and killed by Israeli soldiers after his car hit a group of settlers near the Za’atara checkpoint.