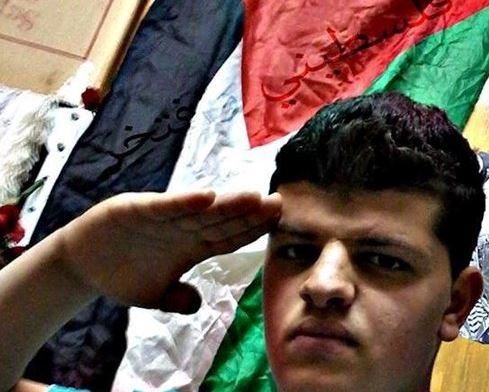 The Palestinian District Coordination Office in Hebron (DCO), has reported that the Israeli side has informed them that Mohammad Ismael Shobaki, 19, died of serious gunshot wounds he suffered when the soldiers shot him after he stabbed one of them near the al-Fawwar refugee camp, south of Hebron.The Palestinian died several hours after the army said he stabbed a soldier, seriously wounding him, before other soldiers opened fire on him inflicting serious injuries that led to his death. He is a student of the al-‘Arroub College.

The injured Israeli soldier suffered head wounds, and was transferred to the Shaare Zedek Medical Center, in Jerusalem, for treatment.

Israeli daily, Haaretz, has reported that the soldier was stabbed in the South Hebron Hills, on Wednesday afternoon, after the Palestinian stepped out of his car, and attacked him.

It quoted medics stating that the wounded Israeli was fully conscious when they arrived at the scene.

The Israeli military closed the al-Fawwar Junction, and opened fire on many Palestinians who gathered there and hurled stones on them.

The soldiers searched and ransacked his family home, and interrogating them after forcing them in one room.

On Wednesday at night, Palestinian fighters exchanged fire with Israeli soldiers stationed on the Qalandia terminal, north of occupied Jerusalem.

The fighters fired several live rounds on the soldiers, who hid in a fortified structure in the terminal, and later exchanged fire with them; no injuries were reported in the incident on both sides. The army closed the terminal and initiated a large search campaign in the area.