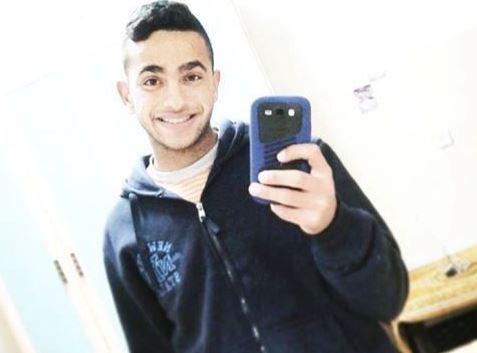 The Palestinian Health Ministry has reported, Wednesday, that a child died of serious wounds he suffered, two weeks ago, after Israeli soldiers shot him in the heart, in a town near the central West Bank city of Ramallah.The Ministry said Ibrahim Abdul-Halim Daoud, 16, underwent several surgeries at the Palestine Medical Center, in Ramallah, but remain in a very serious condition until his death.

The slain Palestinians is from Deir Ghassana village, north of Ramallah; several Palestinians were injured during ensuing clashes.

Also on Wednesday, the Palestinian District Coordination Office in Hebron (DCO), has reported that the Israeli side informed them that Mohammad Ismael Shobaki, 19, died of serious gunshot wounds he suffered when the soldiers shot him ‘after he stabbed one of them near the al-Fawwar refugee camp, south of Hebron.’

The Palestinian Health Ministry said the number of Palestinians killed since October 1, has arrived to 99, including 22 children and four women; one of the slain women, 30 years of age,was killed along with her two years of age child, in their own home, in an Israeli bombarded in the Gaza Strip.

7670 Palestinians suffered the effects of tear gas inhalation in the West Bank and Gaza, 300 suffered fractures and bruises after being assaulted by Israeli soldiers and colonialist settlers, and 30 suffered burns due to Israeli gas bombs and concussion grenades.