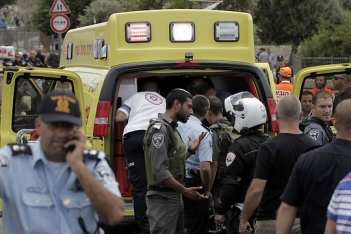 The officer who was injured during the attack is reportedly in light to moderate condition, a Magen David Adom medical service spokesperson said.

Witnesses near the scene said that police shot the man at least 11 times during the incident, adding that Israeli forces did not allow medics to reach him.

Over 100 Palestinians have been killed since the beginning of October. Many were killed during alleged attacks on Israeli military and civilians, although Palestinians and right groups have disputed the factuality of the attacks.

19 Israelis have been killed in the same time period.