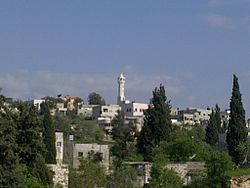 On Saturday in the village of Kufur Qaddoum, near Qalqilia, Israeli troops opened fire with live rounds on a non-violent protest march organized by a leftist party. The protest was calling for the release of the bodies of Palestinians killed by Israeli forces over the past two months.Three Palestinians were wounded by the live gunfire and taken to the hospital. They were identified as Majid Jom’a, 46, shot in his lower back, Mohammad Eshtweiy , 26, shot in the thigh, and Ayman Rafiq, 40, shot in the leg

At least eight others suffered from tear gas inhalation, when Israeli troops fired dozens of rounds of tear gas canisters at the protesters.

The march on Saturday was organized by the Democratic Front for the Liberation of Palestine (DFLP), a left-wing party associated with organizing worker and agricultural collectives.

Several hundred protesters marched through the town, holding signs and chanting slogans, demanding that the bodies of the slain Palestinians be returned to their families.

The attack in Kufur Qaddoum follows similar assaults against numerous non-violent weekly protests on Friday in various parts of the West Bank. 84 people were wounded on Friday by Israeli forces firing live rounds against non-violent protesters who were marching to protest the Israeli annexation of their villages’ land and resources.

In Kufur Qaddoum on Friday, Qaisar Jihad, aged 13, and Hamza Mo’ti, 22, were shot in the legs and injured after Israeli forces trapped protesters and opened fire, according to a spokesperson for the village’s popular resistance committee, Murad Eshtweiy.