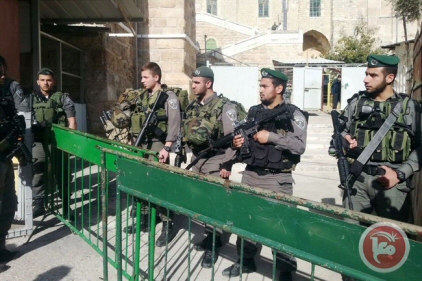 An 18-year-old Palestinian girl was detained near the Ibrahimi Mosque in Hebron on suspicion of her intention to stab Israeli border guards at a checkpoint, Israeli police said.Israeli police spokesperson Luba al-Samri said in a statement that a Palestinian approached a line of border police at the Tzalbanit checkpoint, raising suspicion from the forces.

Israeli border guards instructed the young woman to stop for an inspection, at which point they spotted a large knife in her hand, al-Samri said, according to Ma’an.

The forces then raised their weapons and detained her for questioning. No gunshots were fired during the incident, al-Samri said, adding that the 18-year-old was from the village of Beit Fajjar.

Several alleged, attempted, and actual attacks have been recently carried out by Palestinian individuals against Israeli military and civilians.