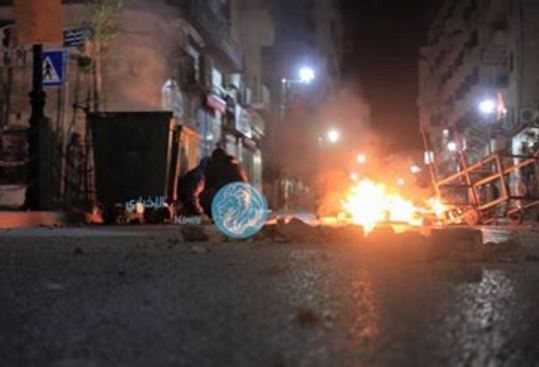 At least five Palestinians have been injured, on Friday at dawn, and one was kidnapped, after dozens of Israeli soldiers invaded the central West Bank city of Ramallah, and cashed with local youths. The soldiers also kidnapped one Palestinian in Bethlehem.The invasion led to clashes with dozens of local youths, who hurled stones and empty bottles on the soldiers, while the army fired live rounds, rubber-coated steel bullets and gas bombs.

Medical sources said the wounded Palestinians suffered mild-to-moderate injuries; one of them was shot with a live round in his arm, and four others were shot with rubber-coated steel bullets, in various parts of their bodies.

The wounded residents were transferred to the Palestine Medical Center in Ramallah, and received the needed medical treatment.

In addition, the soldiers kidnapped Mo’taz Abu Kweik, from the Qalandia refugee camo, while walking in the center of Ramallah city.

The clashes took place mainly in Rokkeb and Al-Manara streets. in the center of Ramallah city.

The soldiers also smashed the door of a science library owned by resident Walid Abu Rahma, before confiscating surveillance tapes.

The soldiers also invaded Tulkarem, in the northern part of the occupied West Bank, and kidnapped eight Palestinians.