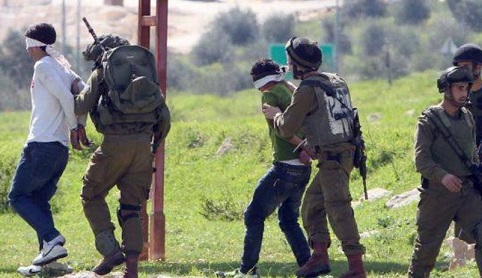 The kidnapped Palestinians are former political prisoners, and were taken from their homes in the al-Marah and Az-Zahra’ areas, in addition to the Eastern Neighborhood and Abu Bakr Street.

The sources added that the soldiers also invaded and search many homes in Jenin, and interrogated dozens of residents.

The soldiers also invaded the PFLP Office in the city after smashing its doors, and violently searched it, causing excessive property damage.

It is worth mentioning that today, December 11, marks the 48th anniversary of the establishment of the leftist Popular Front for the Liberation of Palestine.

In related news, at least five Palestinians were injured, and one was kidnapped, after dozens of soldiers invaded the central West Bank city of Ramallah.

The soldiers also invaded Tulkarem, in the northern part of the occupied West Bank, and kidnapped eight Palestinians.