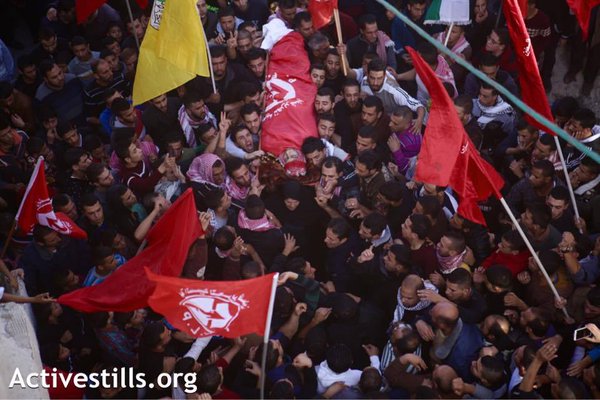 ﻿The full list of the 116 Palestinians and 16 Israelis killed since October 1st is below.
The Following is a list of names of all Palestinians shot and killed by Israeli fire in the occupied West Bank, including Jerusalem, and the Gaza Strip, including one in the Negev, in the period between Thursday October 1st and the end of December 10th, as confirmed by the Palestinian Health Ministry.

96. Malek Shahin, 18, Deheishe camp in Bethlehem. Shot in the head with exploding bullet during demonstration against invading Israeli forces.

109. Rahaf Yahya Hassan, two years old. Killed along with her mother in an Israeli airstrike. 10/11