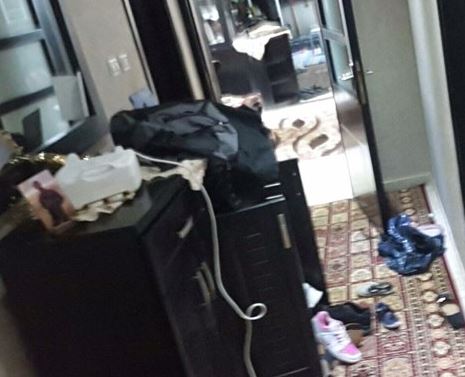 Israeli soldiers invaded several Palestinian communities, in different parts of the occupied West Bank, broke into and searched dozens of homes, and kidnapped 16 Palestinians.Dozens of soldiers invaded the Qalandia refugee camp, north of occupied Jerusalem, and fired live rounds at many protesters who hurled Molotov cocktails, empty bottles and stones on the invading vehicles.

The soldiers kidnapped at least two Palestinians in the refugee camp.

According to the army, the soldiers uncovered combat materials, including ammunition and guns.

In addition, several Israeli military vehicles invaded homes, a mosque and a charitable society, in the West Bank district of Bethlehem, and kidnapped two Palestinians.

The soldiers invaded and searched homes in Wad Shahin area, in Bethlehem city, and kidnapped Hamza Jabreen, 19, while Awad Mahmoud ‘Asakra, 22, was kidnapped from his home in al-‘Asakra village.

The army also invaded Salaheddin Mosque, in the Saff Street in Bethlehem, and searched the women’s section, before invading and searching a society for orphans in the area, in addition to many homes.

In addition, the soldiers invaded the northern West Bank city of Tulkarem, especially Thannaba area, south of the city, broke into and searched several homes, causing excessive property damage, and clashed with dozens of local youths, who hurled stones and empty bottles on them; the soldiers fired dozens of rounds of live ammunition.

The army also invaded Tulkarem refugee camp, and clashed with local youths in many neighborhoods, especially in al-Balawna neighborhood.

On Thursday at night, the soldiers installed several roadblocks on roads leading to Tulkarem.

In Ramallah, the soldiers stormed and ransacked several homes, in Sheqba town, and interrogated many Palestinians.

In addition, the soldiers invaded Nablus, in the northern part of the West Bank, and kidnapped Ahmad Nayef Samir Shana’a, 28, after searching and ransacking his home in the Tal Street, west of the city.

On Thursday evening, the soldiers invaded Beit Leqia town, west of Ramallah, and clashed with local youths, wounding four near the eastern entrance of the town.

The soldiers also kidnapped one of the wounded Palestinians, and took him to an unknown destination.

On Thursday at night, the soldiers kidnapped three Palestinians in ‘Anabta city, west of Nablus, three in Nablus city, two in Tulkarem, one in Sheqba west of Ramallah, and one Palestinian in Yatta, south of Hebron.

Furthermore, the Israeli army said the soldiers stopped and searched a Palestinian car near the Gush Etzion Bloc, south of Bethlehem, and found a pistol hidden in a spare tire.