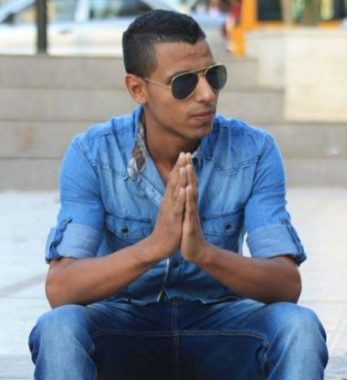 In the third fatal shooting of a Palestinian on Thursday morning, Israeli troops shot and wounded a young Palestinian near the Jaba’ military roadblock after a car accident. The roadblock is located near the Israeli settlement of Geva Binyamin in the occupied West Bank.

The slain Palestinian has been identified as Wisam Abu Ghweila, from the Qalandia refugee camp, north of occupied Jerusalem.

According to Israeli sources, Abu Ghweila drove his car too close to the roadblock. They claimed that he hit soldiers with his car, and one soldier reported being mildly injured.

Instead of addressing the situation as if it were an accident, Israeli troops immediately began to empty their guns at the suspect, wounding him severely.

Eyewitnesses said the soldiers fired more than thirty live rounds at the Palestinian car, which was driven by a young Palestinian man.

Israeli medics arrived at the scene of the incident, and provided medical aid to the mildly wounded soldier, before moving him to an Israeli hospital. They did not provide medical aid for Anu Ghweila.

The Jaba’ military roadblock links between the central West Bank district of Ramallah and various Palestinian areas in the southern part of the occupied West Bank.

The Palestinian is the third to be killed by Israeli military fire on Thursday; on Thursday morning, the soldiers killed Eyad Jamal Ed’eis, 26, from Yatta town, south of Hebron, and Mohammad Abdul-Halim Zahran, 22, from Kafr ad-Deek town, west of Salfit.

Geva Benyamin was the site of a controversy in 2014 when Israeli authorities decided to expropriate several acres of Palestinian farmland and buildings in order to construct a bypass road for settlers to relieve traffic congestion on Jewish-only road #437.

At that time, the Israeli newspaper Ha’aretz reported that Dror Etkes, a researcher into settlement activity, said the new road was paved on an illegal thoroughfare that the settlement built illegally in 2002-2003 to expand Geva Binyamin’s boundaries.

The land for the road and settlement were illegally seized by the Israeli military and handed over to Israeli settlers. The land was owned by residents of the Palestinian village of Jaba’.