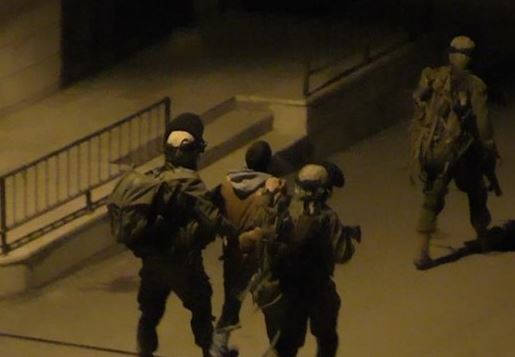 The sources added that the army also invaded the western neighborhood of the town, and kidnapped two Palestinians identified as Aysar Nidal Jaghoub, 23, and Mo’taz Hussein at-Tayeh, 22.

In Tubas, in the northern part of the West Bank, the soldiers invaded the home of former political prisoner Mustafa Maslamani, who was exiled by Israel from the West Bank to Gaza, and kidnapped his son, Jihad, 26.

Earlier on Thursday, Israeli soldiers invaded various towns and refugee camps in the Hebron district, and kidnapped eight Palestinians, after breaking into their homes and violently searching them.