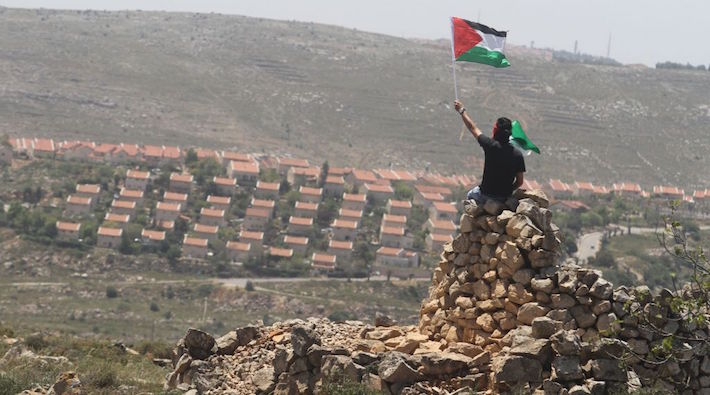 Documents obtained by Peace Now indicate that the Ministry of Housing (MOH) has plans to construct 53,548 residential units in illegal settlements. The plans are valued at over 330 million shekels. 3,786 units are slated for immediate construction, 64%, of which are to be east of the separation barrier.

These plans also include 8,372 units in the E-1 area, an area on Jerusalem’s periphery.

The MOH has its sights on other areas of Jerusalem too: Peace Now revealed plans for a new neighborhood in Atarot, involving the construction of 10,000 units between Beit Hanina and Ramallah. Har Homa is planned also to expand by 2,000 units. In the Old City, the MOH intends to add 21 units in the Muslim Quarter of the Old City.

In addition to expansion, the MOH is plotting the construction of two brand new settlements in the West Bank – Givat Eitam (in a-Nahla, south of Bethlehem) and Bitronot/Brosh (in the northern Jordan Valley).

The MOH also seeks to recognize at least six settlement outposts, which, as of now, are even unrecognized by the Israeli government.

In October 2013, Israeli Prime Minister Benjamin Netanyahu canceled the MOH’s plans to construct 24,000 units in the West Bank, including the E-1 area, in response to international scrutiny.

Peace Now found that in November 2014, the MOH, without any notice, hired architects to work on many of the cancelled plans.

In response to Peace Now’s report, the Prime Minister’s Office focused on the E-1 area, saying that plans to build in E-1 were drafted as the private initiative of Minister of Agriculture Uri Ariel, “without the required authorization,” and thus have “no validity.”

According to the Palestinian News and Info Agency, the MOH has said that it “acts only according to approved plans and based on the decisions of the government and the Prime Minister.”

Peace Now’s report also shed light on the MOH’s activities in past years.

Between 2012 and 2015, Peace Now found that the MOH funded the construction of at least 4,054 housing units, 70% of which were east of the separation barrier.

One expansion projects was for the Beit Romano settlement, which sits in the heart of Hebron. Peace Now reported that the MOH gave it 1 million NIS to expand.

Moreover, the MOH gave at least 1.8 million NIS in recent years to local settlement authorities to entice Israelis to relocate to settlements.