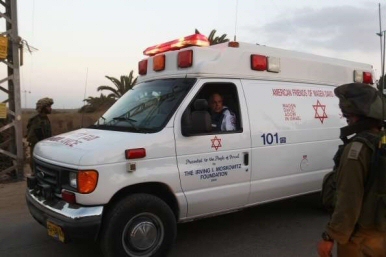 Two separate shooting attacks were carried out in the Hebron district of the southern occupied West Bank, on Sunday, Israel’s army and media reported.An Israeli army spokesperson said that a shooting had taken place on Israeli security forces stationed at a military junction south of Hebron, without giving any further details.

Israeli media reports said, according to Ma’an, that one Israeli soldier was lightly to moderately wounded in the leg and Israeli forces were searching for the suspect.

Hours before, a suspected Palestinian gunman reportedly shot and injured an Israeli outside of the Ibrahimi Mosque before fleeing the scene.

The Israeli army confirmed that the attack was carried out outside of the mosque, located in the Old City of Hebron.

The attacker reportedly opened fire from afar, hitting an Israeli woman before fleeing the scene, Israeli media reported. Israeli forces in the area had begun a manhunt for the attacker following the incident.

An eyewitness in the area at the time said that Israeli soldiers deployed in the area following the attack, shutting down all roads leading to the mosque.

The Ibrahimi mosque where Sunday’s attack took place has been site to several attacks on Israeli military and settlers since a wave of unrest swept the occupied Palestinian territory in October.

The holy site — also known as the Cave of Patriarchs — has long been a flash point, situated in the Old City under full Israeli military control.

The zone was ordered in November and has since banned all entry to the areas, apart from Israeli settlers and Palestinian residents who were forced to register in order to gain access to their homes and surrounding areas.

Hebron has been divided since 1997 with the majority of the city placed under the jurisdiction of the Palestinian Authority, while the Old City and surrounding areas were placed under Israeli military control, known as H2.
The H2 area is home to 30,000 Palestinians and around 800 Israeli settlers who live under the protection of Israeli forces.