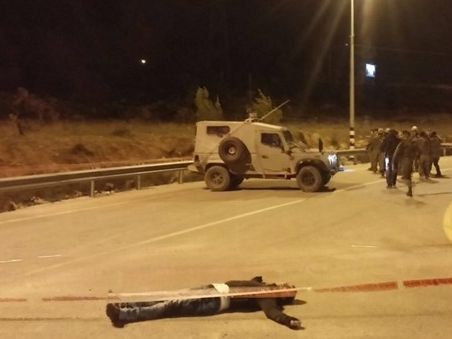 Israeli soldiers shot and killed, on Thursday evening, a Palestinian child at the Beit ‘Einoun military roadblock, east of the southern West Bank city of Hebron. The Palestinian is the fourth to be killed by Israeli army fire, in Hebron, on Thursday.Medical sources said the slain child has been identified as Khalil Mohammad Shalalda, 16, from Sa’ir town, near Hebron.

He is the brother of Mahmoud Mohammad Shalalda , who was killed by the Israeli army on November 13, 2015.

The Israeli army claimed that Khalil “attempted to stab soldiers manning the roadblock, but they shot his dead.’ No soldiers were injured in the alleged attack.