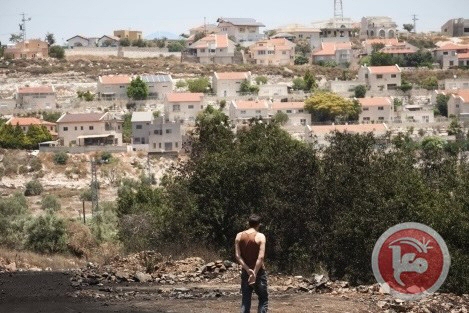 Human Rights Watch, on Tuesday, called on Israeli and international businesses to withdraw from Jewish-only settlements in the occupied Palestinian territory, saying they ‘contribute to and benefit from’ Israeli violations.The international rights group said in a statement, according to Ma’an News Agency, that Israel’s violations of Palestinian rights — as well as international humanitarian law — were ‘intrinsic to abusive, harmful, and longstanding policies in the West Bank.’

The sole way for businesses to avoid contributing to this violation of international law would be to completely withdraw their business activity from the occupied Palestinian territory, HRW said.

The statement was issued following the release of a 162-page report on Israeli and international businesses operating in the occupied Palestinian territory, entitled Occupation Inc.

Studies conducted for the report said settlement businesses contributed to rights violations through the labor abuse of Palestinians, development of Israeli Jewish-only infrastructure in the occupied territory, as well as the confiscation and restriction of Palestinian land.

PLO Secretary-General Saeb Erekat said in response to the report that the findings countered statements made by Israeli leadership that settlement businesses “contributed” to the Palestinian economy.

In a statement, Erekat praised the report, but expressed disappointment that it fell short by ‘failing to call for a complete ban on trade with Israeli settlements.’

Businesses operating in 237 settlements occupied East Jerusalem and the West Bank are enabling the settlements — deemed illegal under international law — to be economically self-sufficient by providing services and employment for settlers as well as the payment of taxes to settlement municipalities, the report said.

These businesses ‘depend on and contribute to the unlawful confiscation of Palestinian land and resources by financing, developing, and marketing settlement homes,’ HRW said, adding that such dependence ‘inextricably’ links businesses to Israel’s discriminatory policies in the occupied territory.

The group documented around 20 settlement industrial zones that hold about 1,000 factories as well as around 9,300 hectares of Palestinian land cultivated by Israeli settlers working for external businesses.

‘Settlement manufacturers and agricultural producers export much of these goods, often wrongly labeling them as made in Israel,’ HRW said.

The rights group said that their call on businesses to halt activity in the occupied territory was not part of the boycott, divestment, and sanctions movement, but rather a call on ‘businesses to comply with their own human rights responsibilities by ceasing settlement-related activities.’

HRW also called on all countries to abstain from importing products manufactured in settlements as a part of their ‘duty under international humanitarian law not to recognize Israeli sovereignty over the occupied Palestinian territories.’

‘Businesses should account for the reality that using Palestinian land, water, minerals, and resources in their settlement operations is unlawful and comes at a great cost to Palestinians,’ Director of the Business and Human Rights Division of HRW Arvind Ganesan said in a press release.

‘But the tide is turning as more and more businesses are waking up to the reality that it is wrong for them to profit from inherently illegal settlements,’ he said.

The HRW report was released amid ongoing efforts by rights groups and Palestinian leadership to influence the international community to pressure Israel to stop its decades-long military occupation in the occupied West Bank.

‘Every dollar of stone that settlement businesses extract and sell from the West Bank is a dollar taken from Palestinians,’ HRW’s Ganesan said.

‘The bottom line is no settlement business should be operating and profiting from land and resources illegally taken from the Palestinian people,’ Ganesan added.