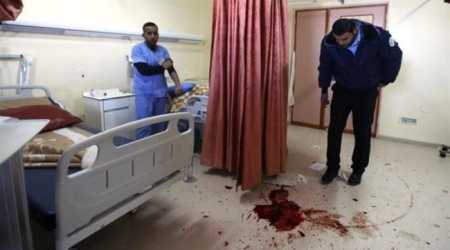 British doctors have called for the removal of Israel from the World Medical Association (WMA) over claims of “medical torture” on Palestinians seeking treatment.Some 71 UK doctors have started to pressure the WMA to revoke the membership of the Israel Medical Association, over claims that “our doctors perform medical torture on Palestinian patients,” said Ze’ev Feldman, the representative of the Israeli doctors, during a Knesset meeting held on the subject of boycotts against Israeli academic institutions, on Wednesday.

According to Press TV/Al Ray, if the British physicians succeed, the Tel Aviv regime will be banned from taking part in international medical conferences and publishing in journals.

The move follows similar measures launched by scholars around the world over the past few months.
In December, over 200 South African scholars released a statement announcing their support of an academic boycott of Israel.

In November, the American Anthropological Association, the largest professional organization of anthropologists in the world, approved a resolution to boycott Israeli academic institutions.

Moreover, the boycott, divestment and sanctions movement against Israel, known as BDS, is gaining momentum in US college campuses and churches as well as in many places in Europe. The BDS movement seeks to end the Israeli occupation and colonization of Palestinian lands.