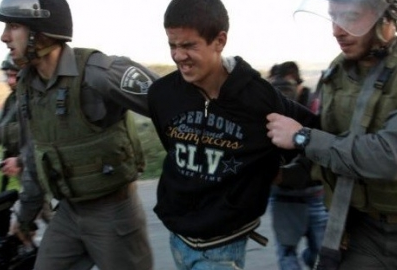 The Israeli army has kidnapped, Tuesday, three Palestinians, including a former political prisoner, in Ramallah and Jerusalem. Eyewitnesses said the soldiers installed a sudden roadblock, near the main entrance of Beit Rima town, northwest of Ramallah, stopped and searched many cars, and kidnapped one Palestinian, identified as Bassam Mteir Rimawi, 33.

Rimawi is a former political prisoner, who was held by Israel for more than two years.

In addition, the soldiers kidnapped a Palestinian, identified as Ahmad Manasra, in the Qalandia refugee camp, north of occupied Jerusalem.

In Jerusalem, the soldiers kidnapped Shadi Ghorab, in Bab al-‘Amoud area, and took him to an interrogation facility.

On Tuesday at dawn, the soldiers invaded Azzoun and Kafr Thulth villages, east of the northern West Bank city of Qalqilia, and kidnapped two Palestinians.